Barzani hopes for a "balanced agreement" soon with Baghdad 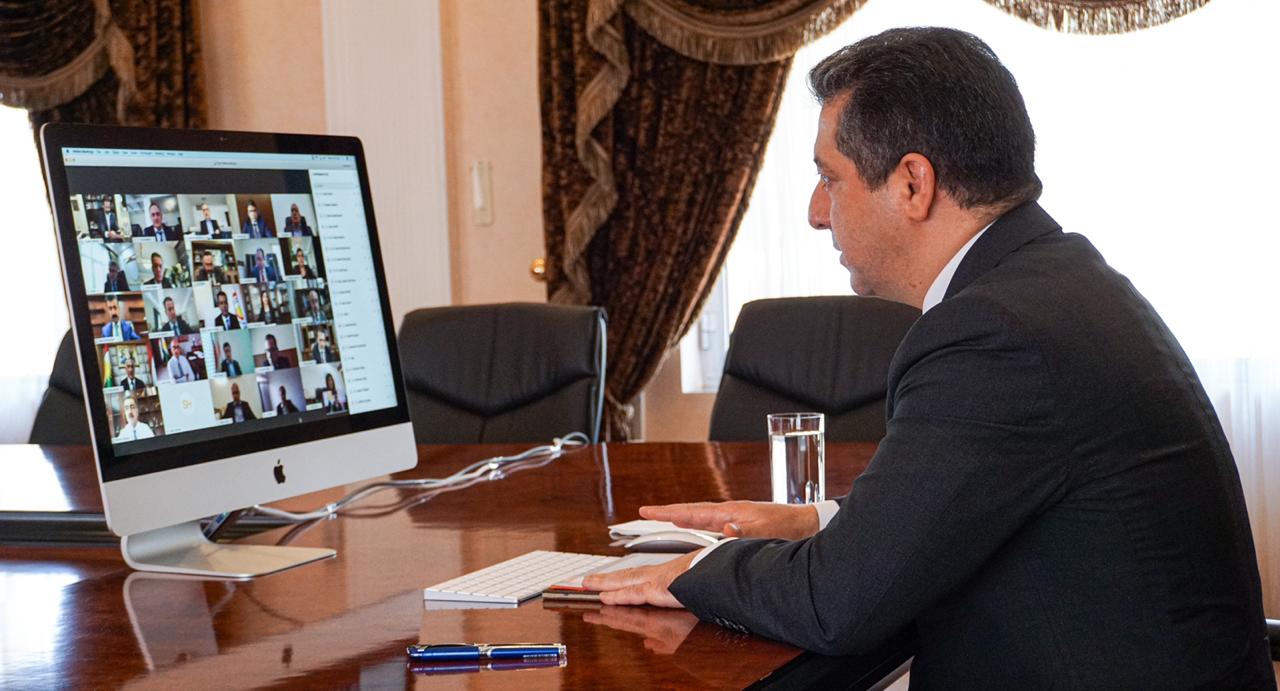 The regional government said in a statement received by Shafaq News Agency, that. Barzani praised on behalf of the Council between the political parties in Kurdistan Region, as they represent an important step to support the Regional Government.

The Prime Minister emphasized, according to the statement, the importance of hosting parliamentary sessions

The relevant ministers presented answers to parliamentarian questions regarding several files, including the situation in the Kurdish areas outside the administration of the region, COVID-19 preventive measures, the financial and economic situation in the region, and the Discussions with the federal government.

During the meeting, the Prime Minister highlighted the latest developments of the ongoing talks between Kurdistan Region and the federal government, indicating that KRG is once again showing its willingness to fulfill its constitutional obligations in exchange for its constitutional rights and entitlements for the region.

Barzani affirmed, "We hope that these talks result in, after Eid Al-Adha holidays, a balanced agreement in which the interests of both sides are taken into consideration".

The council stressed the necessity of implementing plans to overcome the current economic crisis, and secure financial dues and salaries, which is a priority for the government.