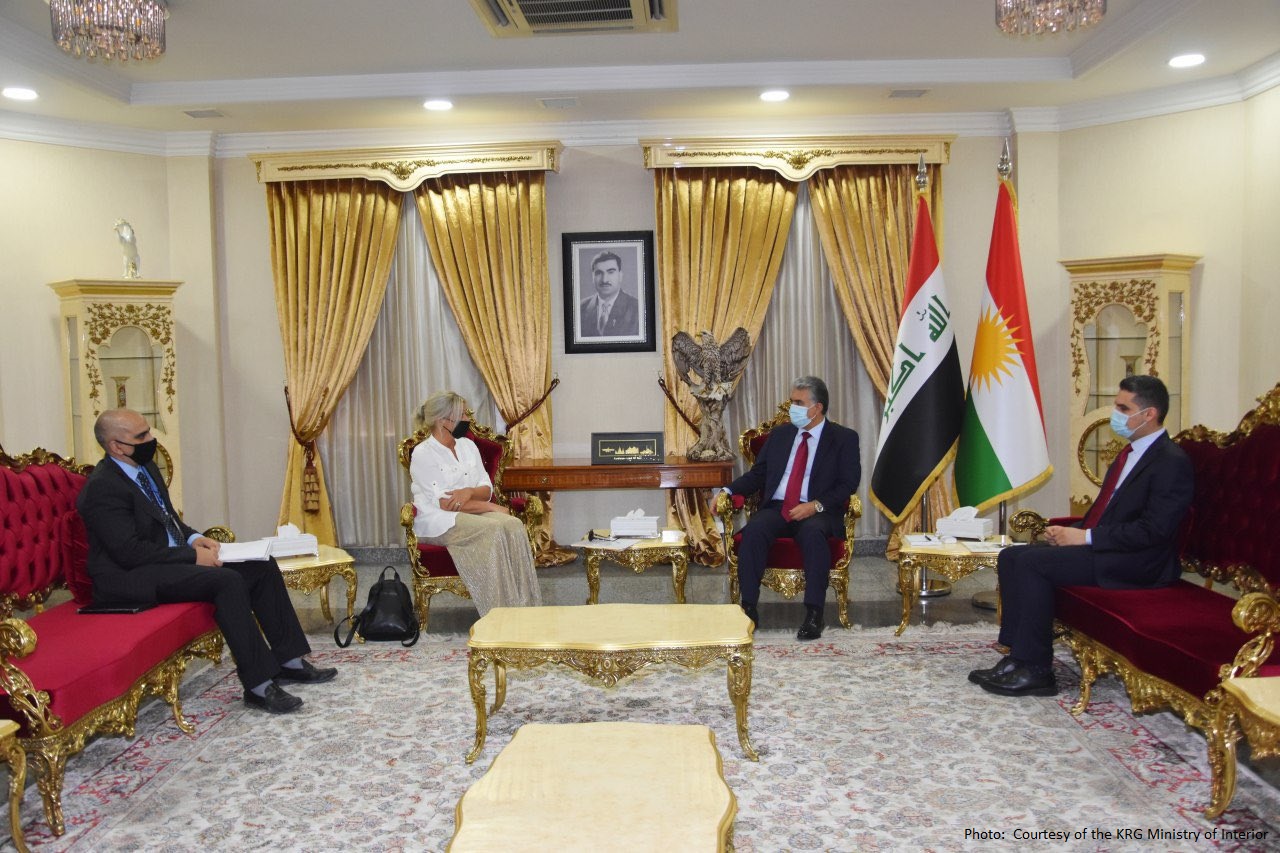 Shafaq News / The Minister of Interior of Kurdistan Regional Government, Rebar Ahmed, discussed with the Special Representative of the Secretary-General of the United Nations, Jenin Blackshart, today, Thursday, the problems between Erbil and Baghdad.

A statement of the ministry received by Shafaq News agency said that the talks focused on the normalization of the disputed areas between Erbil and Baghdad, the current conditions of the displaced and refugees, and the latest endeavors to address the outstanding problems between both the regional and federal governments.

The two sides stressed the importance of the ongoing meetings between Erbil and Baghdad to address the outstanding problems on the basis of the Iraqi constitution.

The statement added that improving the conditions of refugees and displaced citizens in the camps, and the efforts to help them return to their original areas of residence were Extensively discussed.

Turkey bombs mountain and a village in Kurdistan

Unidentified bombardment of villages in Al-Sulaymaniyah

A surge of COVID-19 cases in Elam