New commander for the Italian Contingent in Iraq 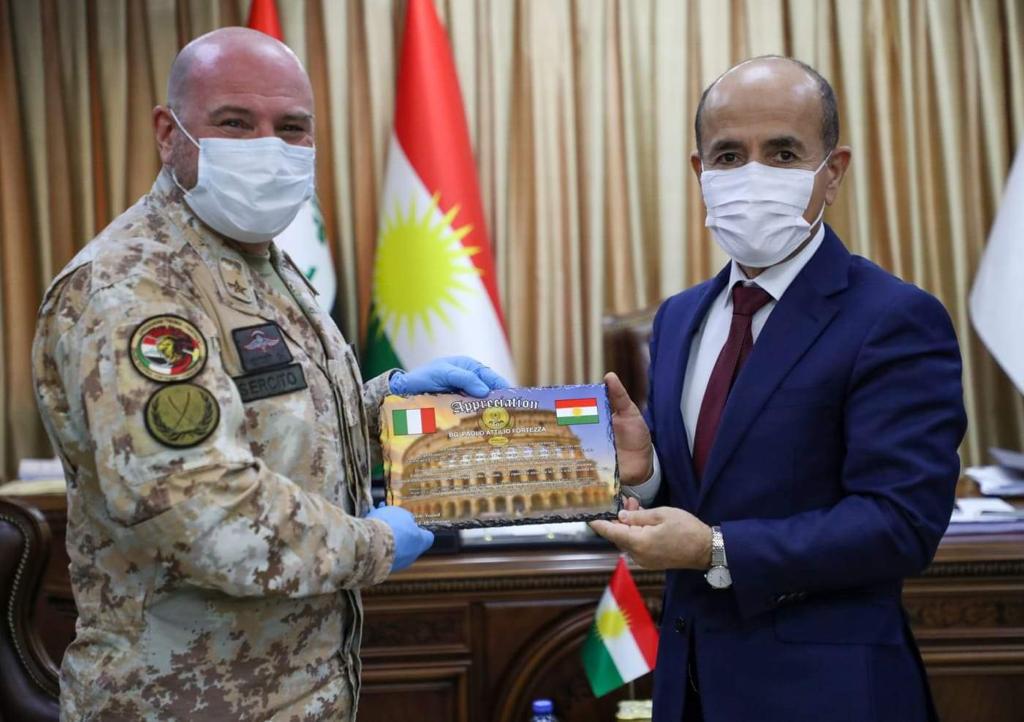 General "Fortezza", the chief advisor for the Italian forces in Iraq and Kurdistan region handed his duties to General "Francisco", according to a statement issued by the Ministry of Peshmerga, received by Shafaq News Agency.

The statement added, the Minister of Peshmerga praised in the farewell ceremony the role and efforts of General Fortezza over the past period in the war against ISIS and highly evaluated his military capabilities in supporting the Peshmerga forces in terms of training.

The Minister of Peshmerga said, "The Kurdish and Italian peoples have historical relations, common democratic principles, civil struggle and culture that bind the two peoples", noting, "the regional government will never forget the support and assistance of the people and the Italian government".

He added, "In the name of the people and government of Kurdistan Region, we express our thanks for the continuous support and coordination of the Italian government and the Italian army to the region in confronting terrorism".

General Fortezza said, "I am proud of the friendship and joint work in Kurdistan region and working with brave heroes in the Peshmerga forces", wishing that, "this support and friendship will continue to protect the security and stability of the region and the world".