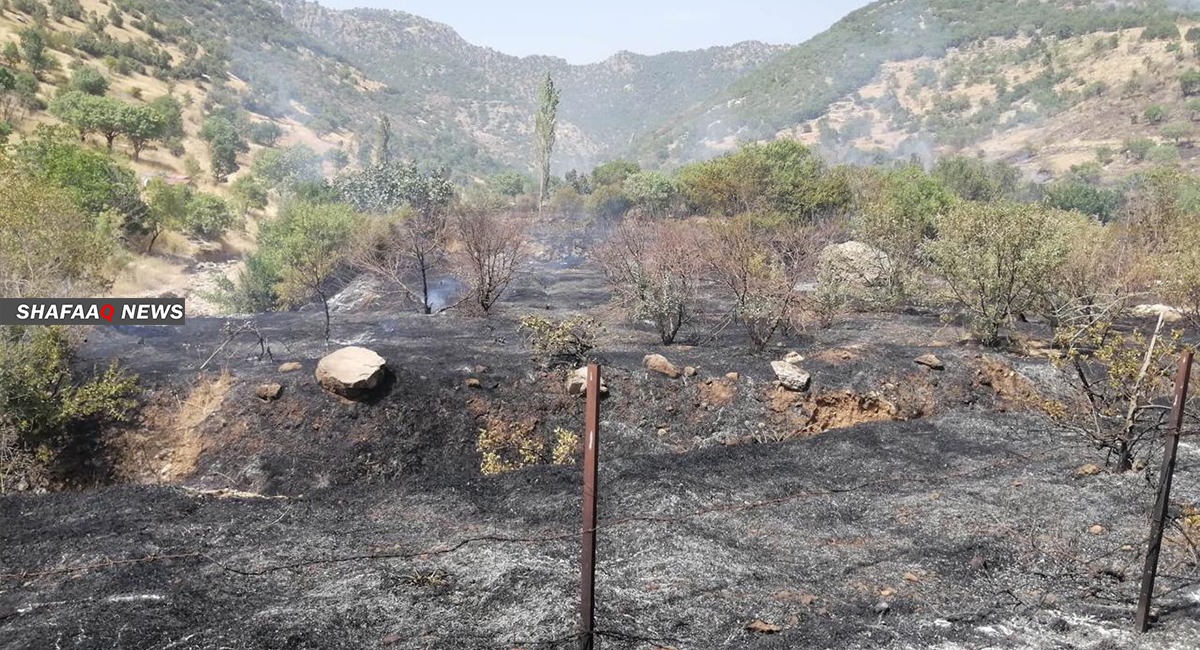 Shafaq News / A local official in Duhok governorate reported, on Wednesday, that fires broke out in farms as a result of armed clashes between the Turkish army and PKK fighters in the governorate.

Turkish forces have penetrated several regions of Kurdistan Region since mid-June, as part of a large-scale military campaign to pursue PKK fighters, which are opposed to Ankara.

Moussa explained, "the clashes took place last night, and resulted in great material damages in more than 20 farms in the area, as well as massive fires in nearby forests".