Yazidi girls respond to ISIS crimes in a special way 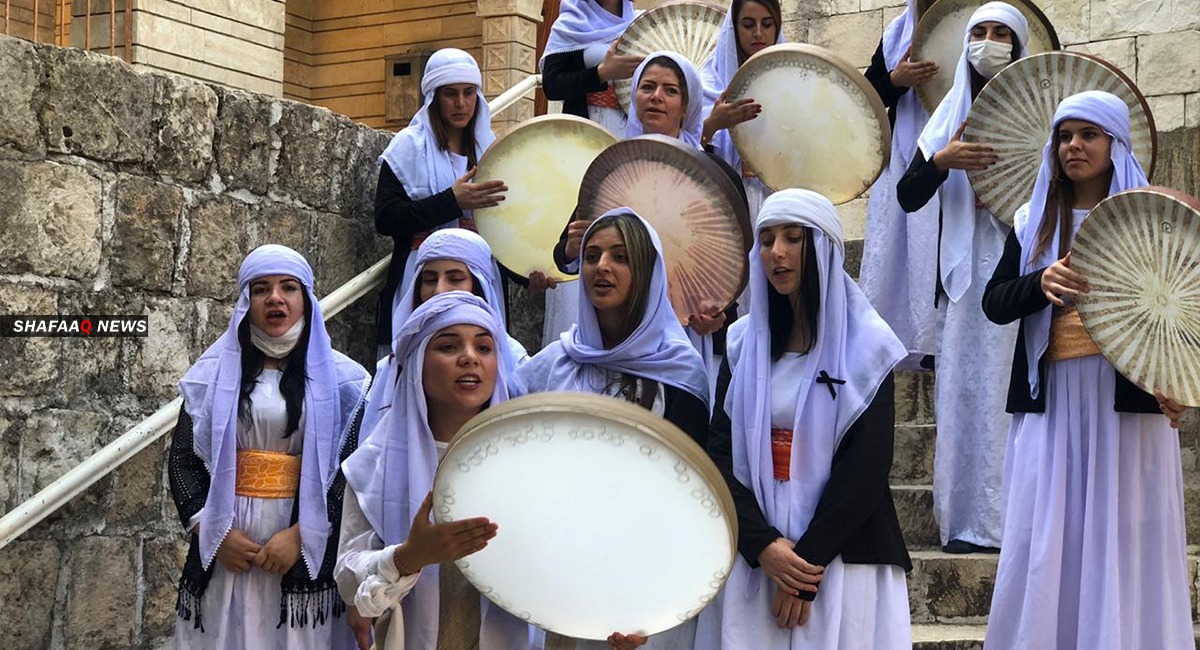 Shafaq News / A band of 14 young Yazidi survivor girls from Khanki camp, west of Duhok, decided to respond to the injustice toward their people in a special way.

Rana Suleiman the leader of Al-Salam band told Shafaq news agency that "in 2019, As I was giving tambourine sessions in Khanki camp, I came out with the idea of ​​forming a music band, and in a short time we managed to perform in Kurdistan and abroad".

She added, "We presented artistic shows in Britain at Buckingham Palace, the University of Oxford, Michael Buckman University, the Church of London and the British Parliament."

"The aim of establishing the group is to preserve our heritage. I believe that the best response to our enemies, who tried to eradicated our identity”, Rana explained.

It’s noteworthy that The Yazidi Kurds were subjected to extermination, humiliation and captivity by ISIS.

Turkish raid near a Yazidis camp in Kurdistan