Corona causes a crisis between Iraq and Kuwait .. Truck drivers stuck for 20 days 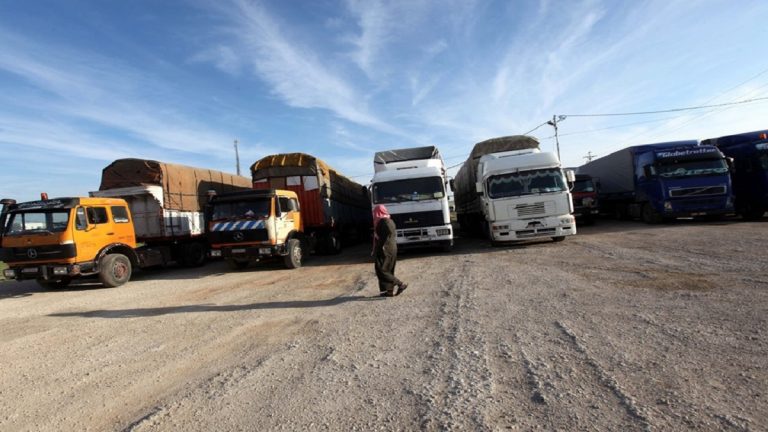 Shafaq News / An Iraqi security source said on Tuesday, that dozens of truck drivers have been stuck in "Safwan" border in Basra Governorate south of the country, for more than 20 days due to Corona.

"Dozens of truck drivers have been stuck between Iraq and Kuwait since February 22, at the entrance to Safwan," said the source, who works in the port protection forces.

The source added that "drivers, including Arab nationalities, are not allowed to enter Iraq, nor are they allowed to return to Kuwait, According to Anadolu Agency.

It should be noted that on February 22, the Iraqi and Kuwaiti authorities decided to close the only land outlet between them, to prevent the spread of Coruna virus.

Since the first case appeared on February 24, the number of Corona patients reached 72 cases throughout Iraq as of Tuesday morning, 7 of whom had died, while 7 had recovered, according to official figures.

The authorities have taken extensive measures to control the spread of the virus, including the suspension of schools and universities until March 21, as well as the closure of public places such as parks, cafes and cinemas.

Iraq also banned foreign arrivals from 11 countries until further notice, and prevented its citizens from traveling to it: China, Iran, Japan, South Korea, Thailand, Singapore, Italy, Kuwait, Bahrain, France, and Spain, with the exception of official delegations and diplomatic bodies.