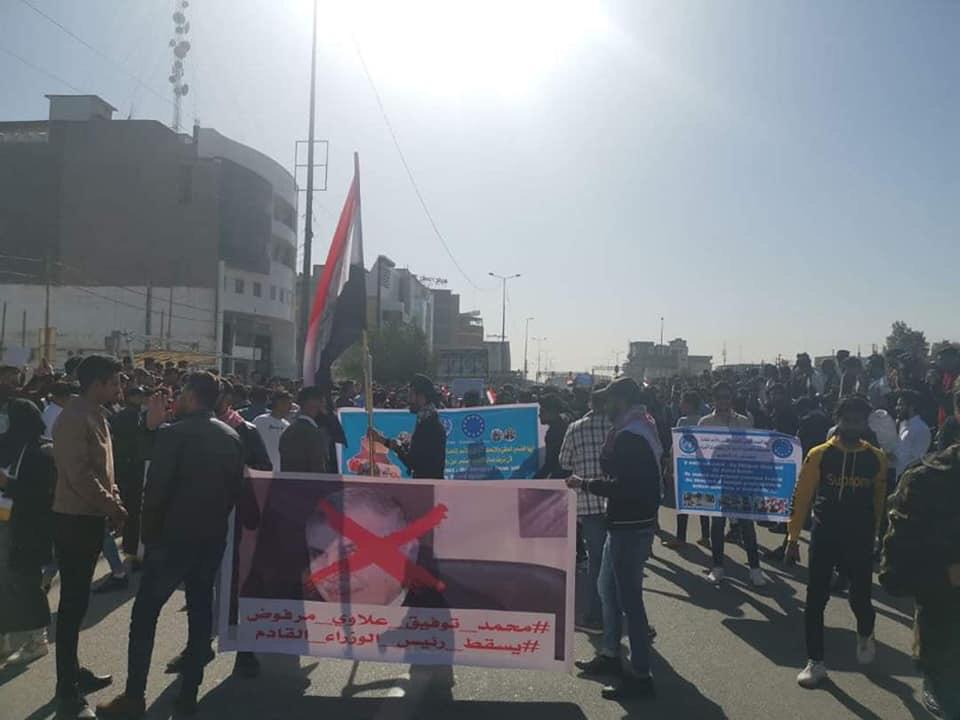 Shafaq News / Demonstrators in Iraqi cities resorted on Sunday to escalation by striking the official working hours and blocking the vital roads to condemn Muhammad Tawfiq Allawi’s mandate to form an interim government in the country.

Protesters in Najaf closed the airport road, the road leading to Kufa, the bridge leading to Sadr Hospital and al-Zahraa intersection.

In Diwaniyah, protesters blocked the most important streets and intersections in the city, with a general strike in government departments, schools and universities.

As for Nasiriyah city, the center of Dhi Qar Governorate, the demonstrators blocked al-Naser Bridge, AL-Baho intersection and al-Hatharat bridge with burning tires.

Student crowds from Shatra / Dhi Qar district schools organized a protest march against Allawi’s assignment, as they considered it the choice of corrupt blocs, protesting the confiscation of their opinion and speech in their name by political figures.

While Basra city witnessed a massive student march refusing to assign Allawi, considering it as "a new front for the corruption."

The President of the Republic, Barham Ahmed Salih commissioned the former Minister of Communications, Muhammad Tawfiq Allawi, yesterday evening to form an interim government that paves the way for early elections in Iraq.

Iraq digs graves for 42 coronavirus victims in one day, highest since its outbreak

One death and one Covid-19 infection recorded in Iraq