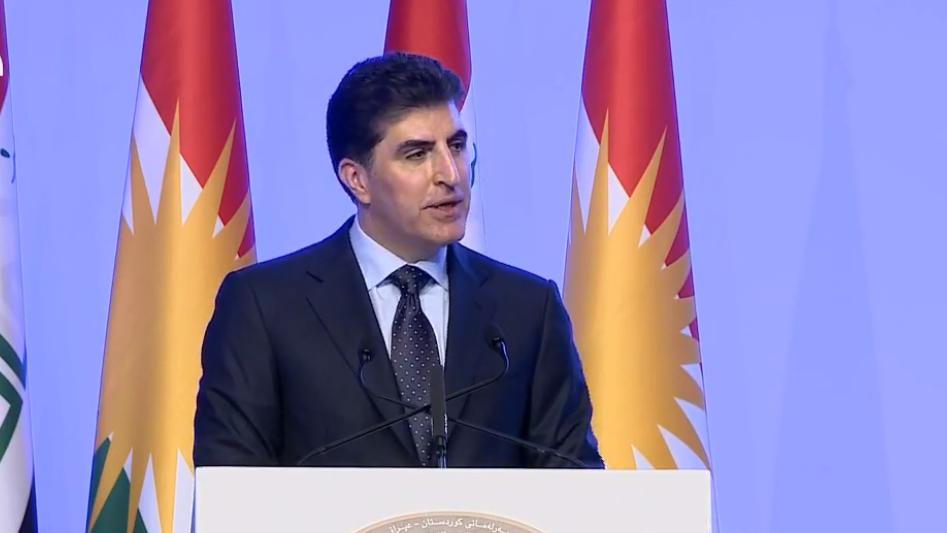 Shafaq News/ The President of Kurdistan region, Nechirvan Barzani said on Tuesday that the delegation of the regional government will hold a third visit to Baghdad next week in order to reach an agreement on oil exports and the federal budget.

This came in a press conference held after he put a crown of flowers on the grave of former Iraqi President and Secretary General of the Patriotic Union of Kurdistan Jalal Talabani in Sulaimaniyah.

Barzani said during the conference that "the relations of Kurdistan region and Baghdad are very good," adding that "the delegation of the regional government made two visits to Baghdad, and will visit again next week in order to reach an agreement on the issue of oil exports and the general budget."

"We are continuing to cooperate with Baghdad to overcome the current situation."