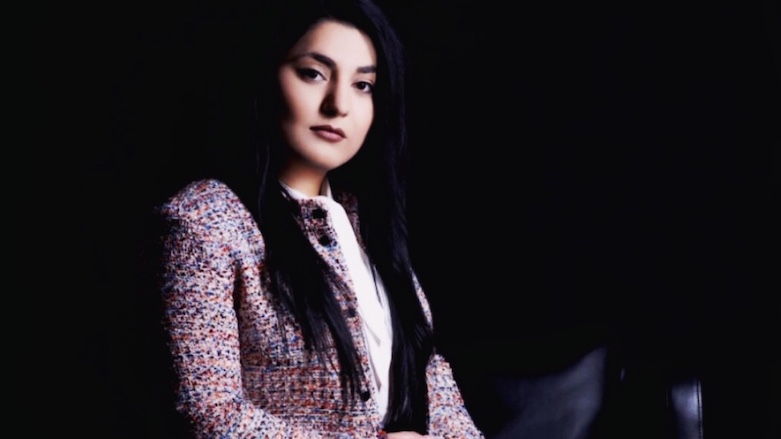 A Kurdish woman in Switzerland is set to participate in the upcoming Swiss National Council elections later this year.

Jehan Mukawel, 26, originally from Akre in the Kurdistan Region, will be a candidate for the liberal Free Democratic Party (FDP) of Switzerland, one of the country’s main parties, in the Oct. 20, 2019, elections.

“The Kurds have no political voice here in Switzerland, and I want to change that,” Mukawel told Kurdistan 24. “I want to show everyone who the Kurds are and how beautiful Kurdish culture is.”

According to some estimates, 60,000 to 70,000 Kurds live in Switzerland, most of them Kurds from southeastern Kurdish provinces in Turkey who arrived in the 1960s.

Mukawel was previously honored as one of the 100 most extraordinary women in Switzerland. She also had her photo included in the 100 Women Street Gallery organized by Female Voices of the World (FVW) at the Erbil citadel last week.

“I was honored as one of the 100 most extraordinary women, and that is a great honor for me! Especially with the title good migration, I represent good migration as a Kurd,” she said.

“In Switzerland, it is not common for young immigrant women to achieve as much as I do.”

Mukawel praised the role of her parents who she said continue to support her as a female in a society where in some cases, parents prevent their daughters from participating in politics.

“My father supports me where he can. No matter what I do, my father has never stood in my way. He always pushed me and always showed me how to fight for a way.”

Based on her experiences and achievements, she called on other parents not to block their children, but instead to support them so they can realize their dreams.

“Above all, accompany your daughters and promote them,” she added.

Mukawel explained that she wants to play a role in Swiss politics, not only as a Kurd but also as a woman.

“In Switzerland, migration is often viewed badly. In politics, mostly only men are represented, and young people are missing. Here, in Switzerland, the voice of the Kurds is missing,” she said.

“With my candidature, whether I am elected or not, I would like to show that there are also young women who can do as much as a 50-year-old man, also with a migration background! And I want to show who the Kurds really are and that we are not like the other countries in the Middle East.”