Iraqi Kurdistan: Optimism Not Dependent on the Cause of Independence 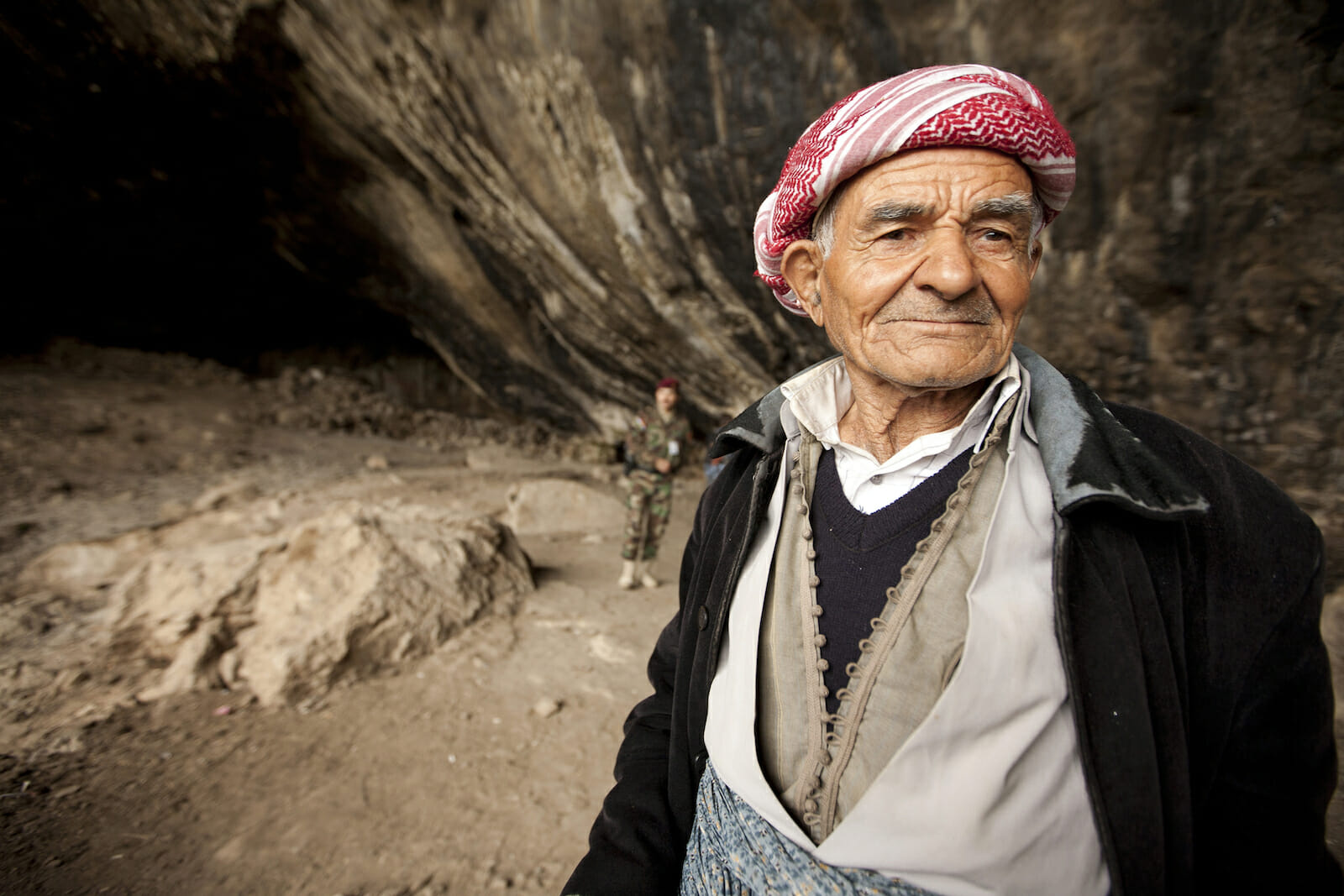 In September 2017, the Kurdish Regional Government (KRG) held a referendum on the question of its independence from Iraq. Despite an overwhelming result in favour of independence, hostilities between Kurdish and Iraqi government forces post-referendum led to the loss of Kurdish de facto control of the oil-rich region of Kirkuk and a temporary halt to budgetary support for the KRG from Baghdad. The decision by the KRG for the vote to include disputed territories in Iraq beyond the borders of the Kurdistan Region of Iraq (KRI) damaged international perceptions of its legitimacy and arguably led to a stronger reaction by the Iraqi government. Ultimately, the KRG acquiesced to the Iraqi Supreme Court and shelved the goal of independence. The adage that “the Kurds have no friends but the mountains” is relevant to many after these events.

Nevertheless, recent political set-backs (from the perspective of those in favour of independence) disguise how a rapidly changing energy, technological, demographic and diplomatic environment present unique opportunities for Iraqi Kurdistan. Most crucially, these possibilities are more tangible than the cause of independence, not least for as long as western governments continue their preference for the KRG to be strong but to play its part within a federal Iraq.

Firstly, it would not be hard to conclude that the KRI faces major energy insecurity. The ramifications of the referendum were not limited to the loss of Kurdish control of Kirkuk. For example, the referendum also led to Turkey reconsidering the economic relationship it had in place with the KRG, including its support for Kurdish oil exports, exploration and pipeline development – instead prioritising its relationship with the Baghdad government. Alongside these factors of energy security unique to Kurdistan are also the risks typical to economies overly reliant on hydrocarbons, such as global price variation.

Nonetheless, it remains a matter of geography that regardless of control in Kirkuk, oil exported from there to the Turkish port at Ceyhan and beyond will most likely need to cross the territory of the KRG. The necessity of this transit route for Iraq is increased by the ongoing conflict in Syria and volatility in the Strait of Hormuz, with the Iraqi prime minister indicating that this is a significant alternative course. The Baghdad government pays the KRG for the use of its pipelines to export oil further afield and the ability to extract these concessions helps to mitigate the loss of actual control of the Kirkuk oilfields. The importance of this route has been further compounded by the Gulf countries exploring the option of exporting oil overland via Iraq (including across the KRI) in light of their own concerns about the safety of the Hormuz sea lane.

Secondly, while it is clear that oil exports will continue to be of major importance to the KRG, Kurdistan is also well-placed to benefit from the development of renewable energy. The KRI has many of the naturally occurring prerequisites for developing renewable energy – including high average year-round sunshine for solar power and mountainous wind corridors well suited for harnessing wind power. With this in mind, the governor of the Erbil Governorate has plans to develop the renewable energy sector and even anticipates selling this energy abroad.

Aside from alternative energy sources, there is also much scope and vision for the diversification of the Kurdish economy in general, in correlation with a reduced need to focus on matters of security as the threat of ISIS diminishes. For example, there have been calls for the government (whether in Erbil or Baghdad) to foster a tech ecosystem through the implementation of various funding models, following the examples of Jordan and Lebanon. The group chairman of Newroz Telecom even goes as far as to say that “Kurdistan can become the Hong Kong of Iraq and has the potential to become the economic epicentre for the whole country.” While this may be overstating the potential, a rebalancing of the Kurdish economy will be more viable with major investment in education. It was observed by a recent visit of British parliamentarians that there is a need to improve education and technical training in order to realise the full potential of young Kurds. Nevertheless, the trajectory appears to be in this direction, with the KRG High Representative to the UK pointing out that there are 30 universities in the KRI and that higher education is free.

Thirdly, the demographic conditions in Kurdistan are favourable in meeting some of the prerequisites for economic development, with a young, well-educated and growing population. The KRI has been majorly affected by the refugee crises – both in the rest of Iraq and in neighbouring Syria. By 2015, refugees and displaced people already made up 28% of the population of the KRI. This has inevitably strained the resources, economy and social fabric of the region. Nevertheless, in the longer term, Kurdistan will likely see many benefits of people making their lives there, creating new businesses, striving to improve their standards of living and making a contribution to the Kurdish society and economy.

It would be naïve to underestimate the huge challenges faced by Syrians living in the KRI, but nonetheless, over a third intend to integrate locally in the long term rather than return to Syria or move to a third country. Erbil is considered by the UNHCR to be one of the global ‘cities of light’ with the governor adopting an approach of openness – for humanitarian reasons but also because the city itself benefits. Despite acute challenges in the short term, there is growing evidence that the integration of refugees and migrants can ultimately bring significant economic benefits to host societies. Furthermore, while the places of origin of refugees may not appear to present economic opportunities due to their current turmoil, the presence of this diaspora may be an invaluable tool in forging transnational links in the future. In the case of Turkey, it has already been noted that resident Syrian entrepreneurs tend to be better equipped and inclined to form trading links with Arabic countries than their Turkish counterparts.

Lastly, the trading and diplomatic links which the KRG maintains with its near neighbours are complicated by the unusual political situation faced by Iraq at large and Iraqi Kurdistan in particular, but this is one reason why they present unique opportunities, particularly regarding the relationship with Iran. Undoubtedly, the international sanctions regime imposed on Iran poses challenges for the economy of Kurdistan, since the KRG must delicately balance the importance of cross-border ties with its crucial relationship with the U.S. and its allies. For example, Kolbar traders who traditionally carry goods across the Iran-Iraq border are increasingly being intercepted by Kurdish Peshmerga border guards (in addition to facing Iranian soldiers and an inhospitable natural environment.) The KRG also temporarily suspended its oil exports to Iran. These developments can be linked to U.S. displeasure with the continuation of economic ties with Iran.

Nevertheless, it has proved possible for the KRG to pay lip service to its relationship with the U.S. while in practice preserving essential economic ties with Iran. The Erbil governor’s attendance at a trade fair exhibiting Iranian goods in January 2019 suggests that the maintenance of links is far from accidental. The president of the Erbil Chamber of Commerce has even proposed opening additional border crossings and valued trade between Iran and Iraqi Kurdistan at $6 billion. Thanks to the sanctions regime, it is likely that Iran will focus on exporting to Iraq as the devaluation of the Iranian rial reduces costs for Iraqi buyers. The U.S. tolerates, albeit grudgingly, the links which the KRG maintains with Iran and has granted exemptions for Iraq as a whole to circumvent the sanctions regime. Far from ‘retaliating’ by shunning the KRG, American trade delegations are themselves increasingly active in seeking opportunities to invest in the region as they become more assured of its stability. Iraqi Kurdistan has been described as “not quite a mere sub-sovereign state and not quite a nation but an entity that is treated as a near-nation.” It is arguably this status which enables it to pursue such a nuanced position in its relationships. Ambiguity can facilitate opportunity. Trade across the Syrian border is also increasing since the bordering region is presently controlled by Syrian Kurds who may prove more prone to developing ties with Iraqi Kurds than with other communities.

When Iraqi Kurds look to their long term future, there are many reasons to be optimistic. While implementing full political independence from Iraq in the near future is implausible and indeed poses many risks, there is not a shortage of reasons to expect the diplomatic position of the KRG and the condition of those living within its control to improve. Ultimately a rebuilding of trust between Erbil and Baghdad will be required for the benefit of all parties regardless of the final destination of Iraqi Kurdistan – whether as an autonomous region within a federal Iraq or as an independent entity – but there is a convincing case to make that this question is not the ‘be all and end all’ of Kurdish destiny.