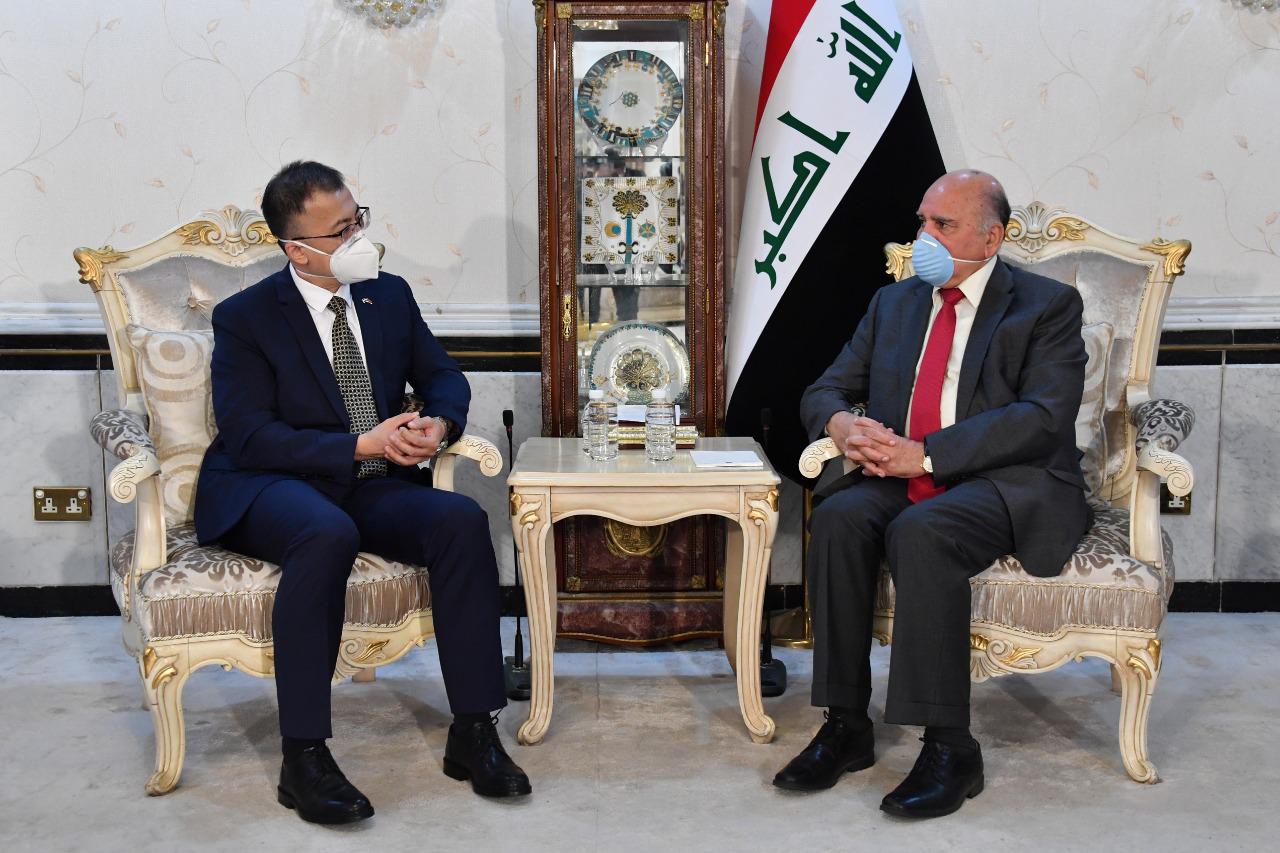 In a statement received by Shafaq News agency, the ministry said that, "Hussein met with the ambassador of the People's Republic of China in Iraq, Zhang Tao, and discussed enhancing the bilateral historical and strategic relations between the two countries".

According to the statement, Hussein said that, "China is an important partner in the reconstruction process," noting, "the importance of expanding bilateral cooperation in the field of supporting the reconstruction of infrastructures in areas liberated from the grip of terrorism", expressing his appreciation for China's support to Iraq, especially with the medical supplies that China recently sent to the Ministry of Health, following the outbreak of the  novel Corona virus in many countries of the world.

For his part, the Chinese ambassador affirmed his government's, "interest in strengthening relations with Baghdad, and its willingness to keep Iraq away from being an arena for external conflicts".

Zhang Tao conveyed a congratulatory letter to Minister Hussein from his Chinese counterpart. which The letter also includes an invitation to visit Beijing in the framework of strengthening relations between the two countries, while Hussein promised to do so when the time permits.

The Chinese ambassador stressed on the, "importance of providing more support and enhancing the security of Chinese companies operating in Iraq".