One of the leaders of the religious Hawza dies of corona 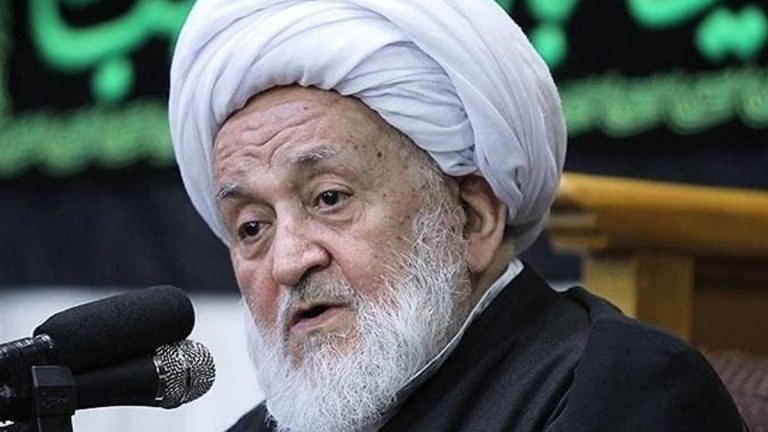 Mohsen Habibi is a member of the Supreme Council for Religious Reservations in the capital, Tehran, according to what the local “Tasnim” news agency reported, noting that Habibi oversees the possession of the late reference, Ahmed Mujahid al-Tahrani.

The agency stated that Mohsen Habibi died in Jamaran Hospital, which is a military hospital with a wing designated for senior officials in the Iranian regime.

The new Corona virus, which first appeared in Iran on February 19 in Qom Province, infected a number of Iranian officials, including deputies and figures close to the Supreme Leader Ali Khamenei.

Iranian officials said on Wednesday that Corona virus caused the death of 92 people in the country, with the virus spreading in all provinces except for one in the country that recorded the highest epidemic death rate outside China.

Iranian Health Minister Saeed Nemki announced that his country will start implementing its home inspection plan on Thursday to identify people who have been infected with new Corona virus and who have not been identified yet.

We have more than 17,000 health homes across the country and more than 9,000 comprehensive health centers in Basij (People's Mobilization), which is under the supervision of the Revolutionary Guards, Cities and villages. ”

He added, “On Thursday, we will start implementing a home inspection plan to identify people with the emerging corona virus,” noting that “after identifying suspected cases of corona virus, we will call them to conduct a screening of people with symptoms in these centers to receive medication and home care training first then monitor their condition daily with their families through phone calls and visits by medical personnel.

The Iranian Minister of Health added, “These people will also be evaluated daily by system or phone call, and if their health does not improve after three days, they will be referred to hospitals, and if necessary we will isolate them at home with other family members in the presence of a medical team that will treat and monitor them.”

He explained that "this project will start in 4 points from Iran and after 3 days will be expanded to include all Iranian provinces."

While Iranian news websites suggested that this step would start in the capital, Tehran, where the death and infection rate is the highest, followed by the neighboring Qom province, and the northern province of Gilan, where the casualty rate has increased.

For his part, Brigadier General Ghulam Reza Soleimani, Basij’s leader, said during the meeting that his forces are ready to cooperate with the Ministry of Health to implement the national plan, adding that “Basij forces will use all their capabilities to make this plan a success.”

Brigadier Soleimani added “We have prepared all health care facilities and specialized cadres to expand our work in large quantities in coordination with health cadres in the provinces and under the supervision of medical universities throughout the country.”